By now, most people are fully aware of the fact that the Temporary Foreign Worker Program is once again facing a whole new review by Minister Mihychuk and the Liberal government. Some say that Minister Mihychuk is ready to scrap the whole thing. Others say the Minister may actually use what is learned from these consultations to reshape the TFWP in a positive way.

Regardless of which rumour is true, one thing is certain…..Overhaul deja vu is on its way. 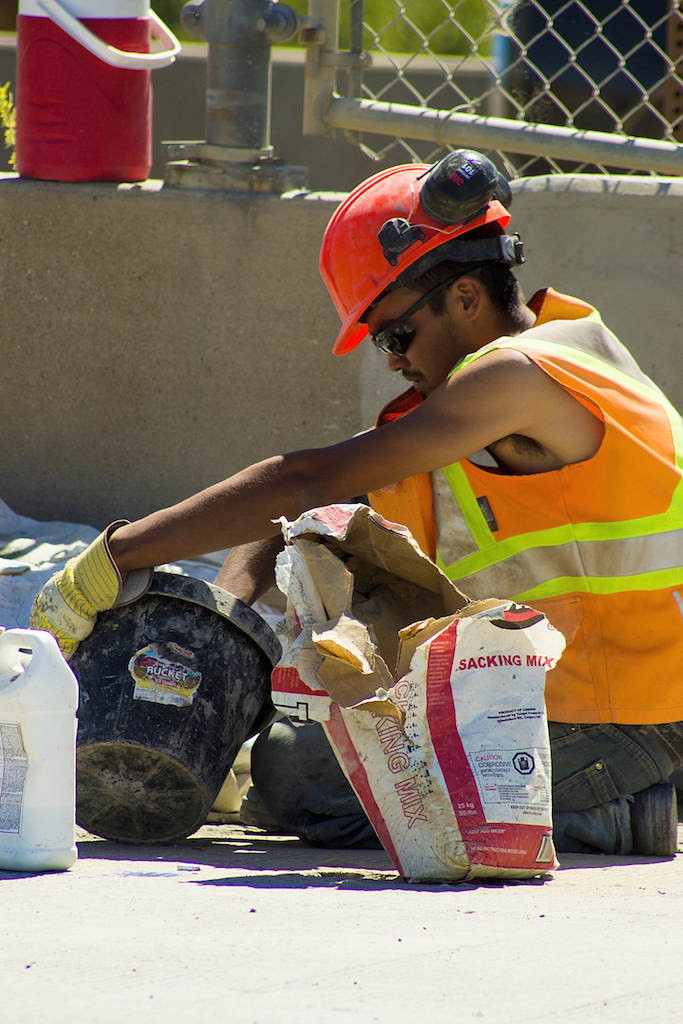 Not surprisingly, I am yet to receive an invitation to appear before the HUMA Standing Committee charged with the responsibility of conducting the TFWP review.

I am not an industry leader. I am not the head of a large corporation. I am not someone of influence the government would really even pay attention to.

However, like other Canadian immigration lawyers who have earned a living providing advice to companies and foreign workers whose businesses and lives depended upon the program, I figure I might just have something to offer.

So what better way to get my message heard than to write a blog.

The blog itself kind of got away from me a little. Because of this, I have chosen to break it down into a series of blogs that I hope will add a different perspective  to the whole discussion.

I’m not exactly sure how this series of blogs will unfold. However, I want everyone to understand that the time I took in drafting this was designed purely for the purposes of stimulating discussion and hopefully gaining the ear of the HUMA Standing Committee as well as Minister Mihychuk and Minister McCallum who are both inextricably intertwined with the TFWP and the solution going forward.

So the best thing in the world people can do when they read this blog is to leave a comment below and tell everyone what they think.

Express Entry is the Solution

Regardless of what Minister Mihychuk ultimately chooses to do with the TFWP, I think the future of Canada’s labour shortage challenges rests not in the TFWP, but actually in the Express Entry regime.

Despite the downturn in the economy in Canada, Canadian employers continue to experience skilled and unskilled labour shortages in many industries and regions. Employers have relied heavily on the Temporary Foreign Worker Program (TFWP) to source foreign workers when local Canadians and permanent residents are unwilling, or unavailable to fill these positions.

Currently, employers experiencing labour shortages first turn to the TFWP, then the Provincial Nominee Programs and lastly the Express Entry regime. IRCC Minister John McCallum has indicated that he would like to see the reverse of this with Express Entry as the first choice for employers and the TFWP being the option of last resort.

As an immigration lawyer who has spent his entire career working with Canadian employers to access the TFWP to source foreign workers (at all wage levels), I have to admit that I actually agree with our Liberal Minister. Taking into consideration the collective needs of all stakeholders, Express Entry is by far a better solution than the TFWP.

Now let me clarify a few things before I cause any concern amongst my fellow Board Members on the Conservative EDA in Lethbridge, Alberta…..I am definitely not trading in my blue shirt for a red one. I want to reassure you and our esteemed MP Rachael Harder that I am still batting for the Right team (pun intended).

So without wasting any more time with my windup, here is the pitch…

But before I dive right into my rational, let me start with a little history lesson on the TFWP to provide some context for those of you coming late to the game.

Over the past ten years, statistics have shown that the use of the TFWP has mirrored the Province of Alberta’s boom and bust cycle. In the early to mid 2000s, the TFWP was heralded as the saviour to Alberta and the rest of the country’s critical labour shortage needs. With unemployment rates remaining below 4% from 2005 to 2008 (3% in October 2006), my then 11 year old daughter could have applied for a Labour Market Opinion (now rebranded as a Labour Market Impact Assessment) and obtained an approval.

The role of Service Canada was that of a facilitator during the boom and definitely not the gatekeeper we know them to be today. Employers struggling to complete the LMO application forms in Alberta could contact Service Canada and the officers  would go so far as to almost fill out the forms for the employers.  They would explain exactly what the employer needed to do to obtain an approval and if the employer still got it wrong, would give them chance after chance until they finally got it right. After all, it was common knowledge that labour shortages existed across all industries.

It wasn’t long before the greater portion of our fast food restaurants and hotel chains were staffed almost entirely with foreign workers…..and who could blame them? As a business owner, what scenario would you rather have….10 casual Canadian employees that may or may not show up for their shifts each day, or 3 full time foreign workers that you could count on to work  their tails off each day and considered it a privilege to even have a job.

Unfortunately, in an effort to ensure that the foreign workers were not taking away jobs from Canadians, extreme restrictions were placed on the terms of employment creating a terrible power imbalance for the employer.  Now I understand why ESDC did what it did. However, the power imbalance that traditionally exists between any employer and its employees is magnified 100 fold within the low-skill (low wage) program of the TFWP.

NOTE: For the purposes of this blog, I intend to use the term “low-skill” instead of “low wage” because it more properly correlates with IRCCs consistent reference to “skilled workers” within the Immigration and Refugee Protection Act and its regs.

Foreign workers working in low skill (low wage) positions are particularly vulnerable to exploitation and abuse.  Let me explain why.

Foreign workers working in Canada on an LMO/LMIA based work permit are typically authorized to work for only one employer, at a specific location, in a specific position, for a set wage. Any variation to these conditions would be considered unauthorized work for the foreign worker and trigger potential remove from Canada. Employers could be found non-compliant and subject to sanction.

In the height of the boom, the government was more focused on meeting the significant labour demands of Canadian employers versus checking up to see if employers were actually following the rules and treating their foreign workers fairly.

Because foreign workers were generally not aware of the seriousness of the employment conditions imposed by the government, some nasty employers took full advantage of them.

Some classic examples of exploitation included requiring the workers to work 18 hour days, 7 days a week, with no overtime. In some cases truly nasty employers  required their low skill foreign workers to pay back, in cash, the difference between what the LMIA required the employer to pay and what the employer really wanted to pay the foreign worker. By requiring “cash back”, the employer was able to maintain payroll records that complied with the terms of the LMIA in case they were ever audited during an Employer Compliance Review (ECR).

….yes this did happen….and far too frequently.

Now don’t get me wrong. I am definitely not saying that all employers treat their foreign workers like indentured servants. They absolutely do not….I and many of my colleagues act for and work as in-house counsel for many wonderful employers that treat their foreign workers like family and do all they can to help them in their journey to become permanent residents of Canada.

Significant non-compliance does occurs within the low skill program

From my experience, the percentage of non-compliant employers within the ranks of the low skill program was, and still is, significant.

Some may say….you can’ t know that for sure. This may be true. However, I believe that the sample size of interactions I have had with employers and foreign workers within the TFWP gives me just as much of a platform to make these statements as those who disagree with me.

As an immigration lawyer, anyone who speaks with me benefits from solicitor client privilege. Because of that, foreign workers are much more willing to tell me when the rules are being broken because they know I can not share this information with anyone else.

I have had a steady stream of low skill foreign workers coming to my office for assistance, but in almost every single case, they refused to go to the authorities about the abuse they were suffering. Some days I wish I wasn’t a lawyer subject to “solicitor client privilege” because then I could have taken action independently by leave anonymous little messages on the Online Immigration Fraud Reporting Tool.

So with high rates of non-compliance within the low skill ranks of the TFWP, coupled with the equally acknowledged need for foreign labour in various industries, I am going to share with you in Part 2 of my blog exactly why I feel Express Entry is the solution.

Part 2 will be released tomorrow…..